Is Gamification the answer to your Players?

Modus, the magazine of Royal Institution of Chartered Surveyors (RICS), asks whether Gamification could be the answer when companies try to improve employee engagement. As AccuCities routinely import 3D models of as-built environments into a game engine, Michal offers our take on the issue.

“Many surveyors import their 3D models into game engines because of the engine’s ability to display large amounts of data” comments Michal. “One of welcome side effects of this was the fact that end users, often non-professionals, brought habits formed playing games into the process.”

The main reason why we as a 3D modelling company started using game engine was that, while inexpensive and able to handle large amounts of 3D data, it offered functionalities useful for built environment exploitation. Yet the real benefit to the customer was the ease of taking an Xbox controller and start navigating the 3D model of as-built environment with the same ease as when playing an Xbox game.

“We import our 3D city models into Unreal Engine 4, which enables users to change time of day, walk around and even create renders directly in the app. Because the application is built on a game engine, users intuitively know how to navigate the environment, whether they use a gamepad, touchscreen or VR headset.” 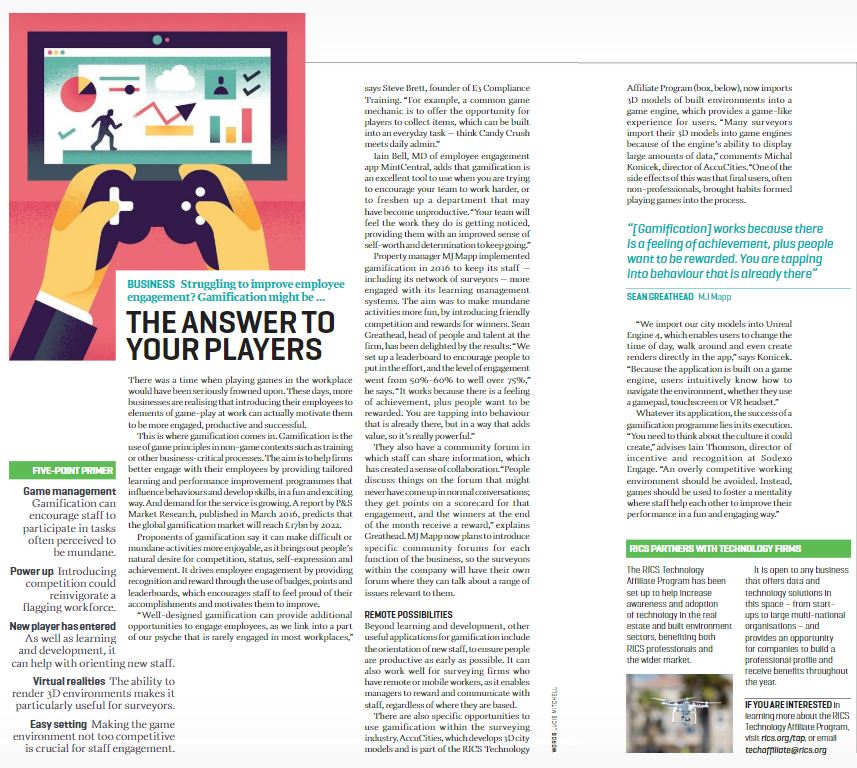 The main reason why we as a 3D modelling company started using game engine was that inexpensive and able to handle large amounts of 3D data. But game engine also allow our customers to overlay 3D city models with 3rd party data for better understanding of city-wide context.